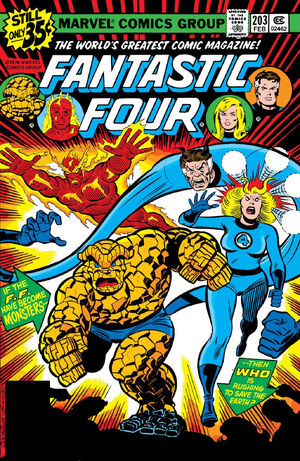 Ben interrupts Reed in his lab to remind him of a commitment to a
night out at the local bowling alley. Unfortunately Reed has other
plans, having discovered ‘a highly concentrated radiation pocket in our
ventilator shaft that has got to be dissipated immediately.’ Ben is a
little put out and goes out bowling anyway. The following day, and with
the radiation crisis apparently solved, we cut to Newhope Memorial
Hospital where Willie Evans and his wife Deedee consult with a doctor
over the fate of their son Willie Jr., who lies in a coma. Willie Sr.
explains that as a soldier back in ’68 he was a member of a platoon
bombarded by cosmic rays in an army experiment. At first he believed he
had escaped the side effects of exposure, but it seems their nine-year
old son has not been so lucky. The doctor explains that their son has
absorbed a dangerously high level of cosmic radiation, and fears it may
have affected his genetic structure. Enter Reed Richards who runs some
tests. Out of sight of the others, Willie Jr. becomes fevered, and his
eyes begin to glow unnaturally. He murmurs the name ‘Fantastic Four’
repeatedly in this delirious state, eventually, miraculously, conjuring
up a ‘nightmarish interpretation’ of the FF out of thin air. Later at
the Baxter Building, the FF watch a TV broadcast that shows Willie Jr.’s
creations wreaking destruction through Manhattan, so the FF take the
old Fantasticar to investigate. Back at the hospital, Willie Jr.’s
condition is worsening: his radiation count is up 10,000 roentgens and
rising. Meanwhile the FF join battle against their evil doppelgangers,
and as we cut back and forth between the two scenes it becomes clear
that as Willie Jr.’s condition becomes more critical so his creations
become more powerful. Reed saves the day by dissipating the creatures
with the radiabsorber he used at the beginning of the story. Somehow
this restores Willie Jr. to normal health, but clearly Reed (‘the
world’s foremost authority on cosmic rays’) is a little out of his depth
with mutant children so he washes his hands of the whole thing,
suggesting the Evans family contact the Xavier School for the Gifted,
where they will gain expert guidance in helping Willie Jr. learn to
control his awesome powers. 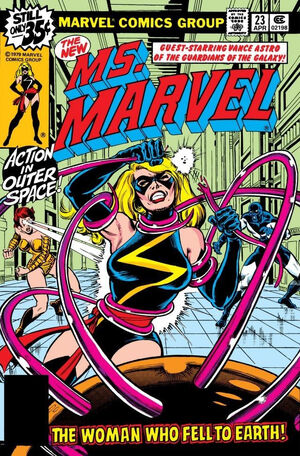 After a date with Sam Adams, Carol Danvers returns home to relax,
when she is suddenly visited by Salia Petrie, whom she thought had died
in space. However, after putting her to rest in her apartment, Carol is
attacked by Salia who transports Carol to the Guardians of the Galaxy’s
space station which is under the control of the Faceless One who saved
Salia in order to get to and take control of Ms. Marvel. 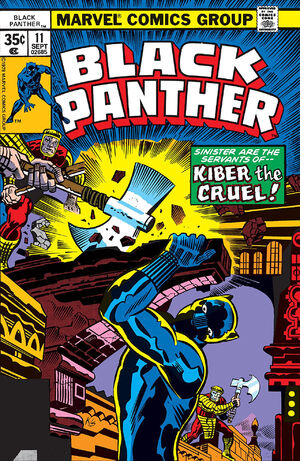 Member of the royal family, Khanata, was captured by the mysterious Kiber,
forcing T’Challa to go against medical advice and again don the costume
of the Panther to rescue him.