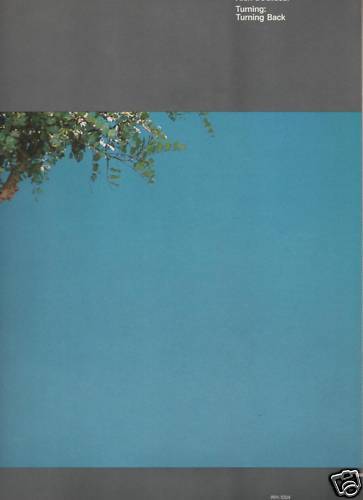 Often cited as one of the worlds top fingerstyle, steel-string
acoustic guitarists, Grammy nominee Alex de Grassi brings a unique
voice to the art of acoustic guitar with his evocative compositions and
arrangements, a highly-orchestrated sound, and sheer virtuosity. The
Wall Street Journal has called his playing “flawless” and Billboard
hails his “intricate finger-picking technique with an uncanny gift for
melodic invention. His playing weaves together melody, counter-melody,
bass, harmony, rhythm, and cross-rhythms creating a canvas of sound
unheard of in a solo guitar performance. Using a broad palette of
techniques and timbre, and driven by a unique sense of composition, his
rich performances take the listener beyond the instrument.
Over
the last twenty years as a soloist and collaborator, de Grassi has
explored a variety of world music influences, and has stretched his
repertoire to include interpretations of jazz classics and folk
melodies from around the world. Alex de Grassi has toured worldwide
with performances at such venues as Carnegie Hall, the Interlochen
Festival, Herbst Theatre in San Francisco, the Montreux Jazz Festival,
and the Belfast International Festival. His career has drawn acclaim
for numerous recordings released by Windham Hill, RCA Novus, Tropo
Records, 33rd Street, and other labels.

Imagine yourself as a tiny feather in the breeze. A delightful wisp
carries you to and fro, from place to place, rising and falling but
never touching the ground of a quiet fragrant meadow. The ethereal
magic of sunlight and soft dew kissed flowers on a spring morning
giving life and filling the air with wonders beyond what any other
world could ever hope to emulate or create without the touch of Earths
own nature. This is the world that Alex De Grassi has created in
turning back…there is lilac adrift and…there is old wood to burn.
Old wine to drink. Old friends to trust. Old books to read…

Though born in Yokosuka, Japan, de Grassi grew up in San Francisco, California, where his grandfather played violin for the San Francisco Symphony and his father was a classical pianist. At age thirteen he learned to play the trumpet but soon taught himself the guitar, the instrument for which he is now famous. De Grassi has since learned jazz piano with Mark Levine and also studied music under W. A. Mathieu and Bill Thrasher.

After earning a degree in Economic Geography from the University of California, Berkeley, de Grassi performed as a street musician in London before learning the carpentry trade from his cousin Will Ackerman who later founded the innovative instrumental record label Windham Hill. De Grassi’s first album, Turning: Turning Back,
was released by Windham Hill Records in 1978. De Grassi also recorded
under RCA/Novus, EarthBeat!, and 33rd Street recordings. In addition,
De Grassi started his own label, Tropo Records, which he now records
under. He performs solo concerts worldwide, holds various guitar
workshops and master classes throughout the year, and performs with the
DeMania Trio, alongside bassist Michael Manring and percussionist Christopher Garcia.
Fellow guitar players consider de Grassi to be among the most virtuosic
living guitarists. Tom Wheeler wrote in Guitar Player Magazine that his
technique is “the kind that shoves fellow pickers to the cliff of
decision: should I practice like a madman or chuck it altogether?”