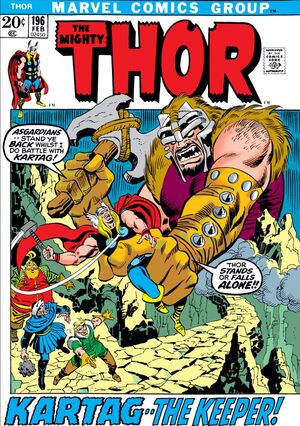 On Blackworld, Sif and Hildegarde come upon a town, and people in
blind terror of someone that is coming. They only refer to it as “he”.
Meanwhile, Thor and the Warriors Three continue their quest for Kartag
and the Twilight Well, only to be beset by his minions. 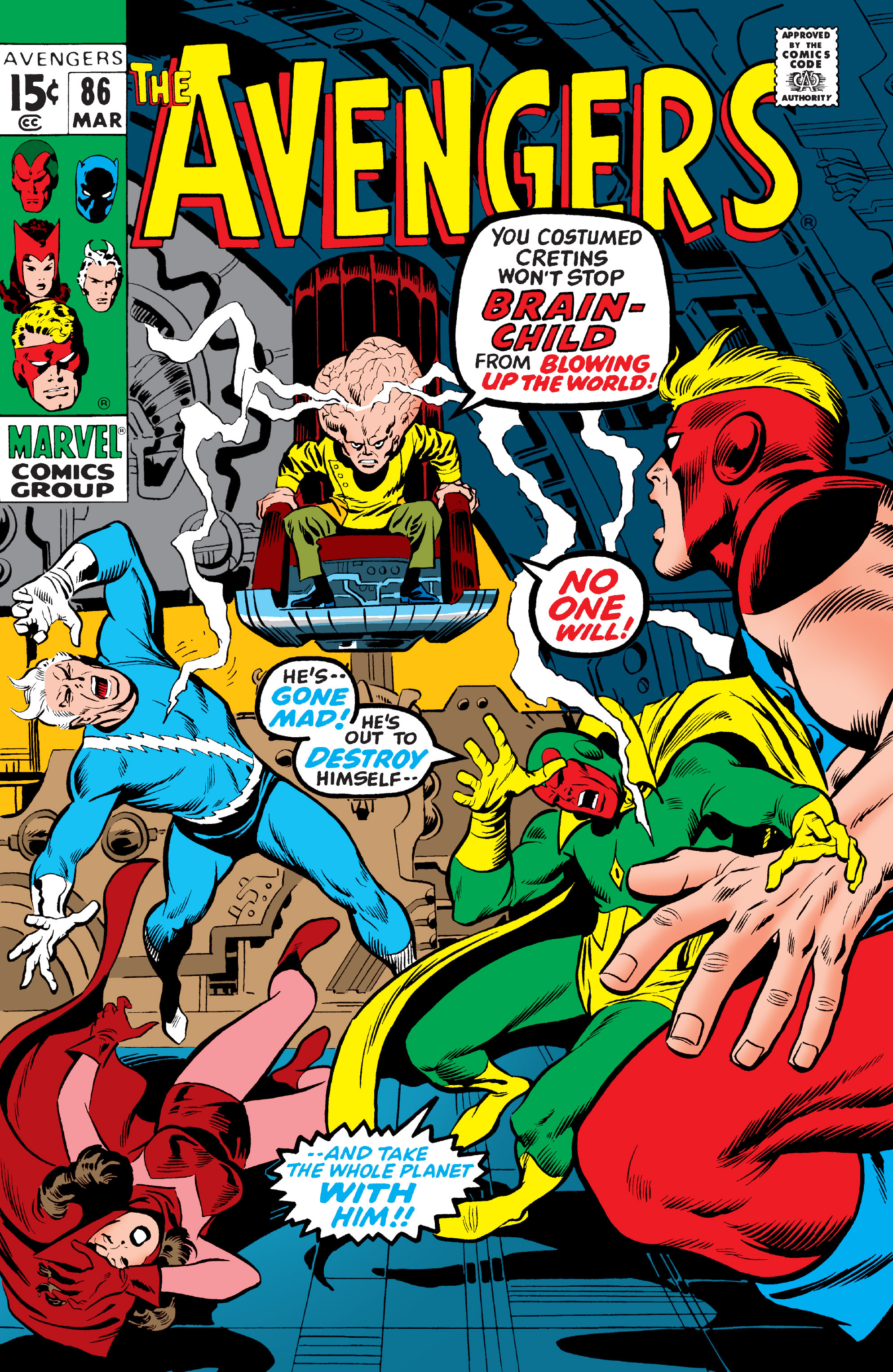 The Avengers, and Nightwing from the
Squadron Supreme are rushing to Atomic City to stop members of the
Squadron from launching the satellite Brain-Child One into space because
it may well destroy the entire Earth. The Avengers rush onto the scene,
the Scarlet Witch using her powers to halt the launch which causes a
brief battle with Hyperion, Dr. Spectrum, and the Whizzer before
Nighthawk arrives to break up the fight.

When inquiring about who built the shuttle, Dr. Spectrum explains
that it was created by a being named Brain-Child. The Brain-Child’s
parents were exposed to excessive amounts of radiation, that caused
their child to have a great capacity for knowledge, and soon became the
smartest being on the planet and was the mastermind behind the satellite
that was supposed to defend the United States. Deciding that
Brain-Child is a threat, the combined forces of the Avengers and the
Squadron Supreme decide to stop the boy before he can attempt to destroy
the Earth again.

Meanwhile, on the Avengers home reality, Thor and Black Panther
seek the aid of Iron Man to help them locate their missing comrades,
using the combined effort of Thor’s hammer, and one of Tony Stark’s
machines.

While on the Squadron’s Earth, the heroes attack the
Brain-Child’s citadel and find their attack countered by a bunch of
creatures created by the Brain-Child’s own mind. During the fight,
Hyperion is knocked out, but Goliath uses him as an “arrow” to knock
Brain-Child out of his control chair, causing his constructs to
disappear. With the Brain-Child defeated, Dr. Spectrum uses his power
spectrum to change the Brain-Child back into a normal boy.

Just as the Squadron and the Avengers claim victory, the Avengers
are transported back to their own world thanks to Thor. There they
explain their story to Thor and the Black Panther and leave to
celebrate. The Vision, stays behind to contemplate the idea of parallel
worlds. 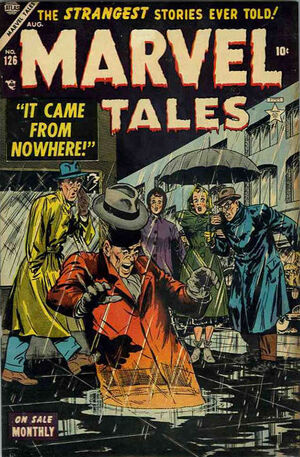 A man comes to the realization that the reflections that gaze out at
us from mirrors are actually murderous beings from a different dimension
that wish to usurp our place. He breaks all mirrors and tries to warn
people but they put him in an asylum. He gives the story to a reporter
who knocks over a pitcher of water as he leaves the man’s cell. The evil
reflection reaches out of the puddle and strangles him.