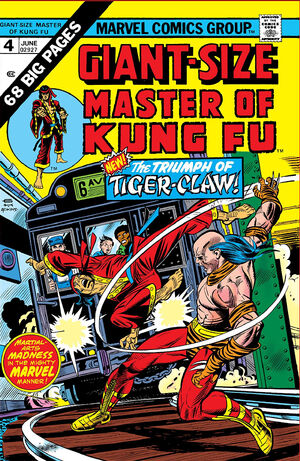 Chapter 2: The Way of the Tiger: A Movement in Blood / Capitolo II – SINFONIA DI SANGUE

Shang-Chi remembers Tiger-Claw. He was ten years old and spying
on his father’s court. The man demanded that Fu Manchu make him a lodge
master of the Si-Fan. Fu ordered three assassins to kill Tiger-Claw.
Even at that age, Shang-Chi quickly saw that the three were outmatched,
but Fu did not stop the conflict. The three died, and Tiger-Claw became a
lodge master.

Back in the present, Smith and Tarr find the truck. Shang-Chi,
Hackstabber, and the robbers arrive. The police almost arrest
Hackstabber, but Smith vouches for Shang-Chi. Hackstabber drives off in
his taxi; he knows where the robbers were supposed to meet their gang,
and Shang-Chi, Smith, and Tarr head for the same lumberyard in Brooklyn.
When they arrive, Hackstabber has been captured and the money is gone
again, but he knows it has gone to Rockefeller Center.

At
Rockefeller Center, Hackstabber distracts the gangster carrying two
suitcases full of loot, and Shang-Chi knocks him out. Tiger-Claw,
expecting to pick up the loot, arrives. He tells Shang-Chi that he
intends to come out on top in the war between Fu Manchu and Fah Lo Suee.
A group of Si-Fan assassins arrives. Tiger-Claw unites with Shang-Chi
against the Si-Fan, and the two make short work of them.

Hackstabber tries to get his $7.80 from a suitcase, but Tarr kicks it
shut. Smith and Tarr watch Shang-Chi battle Tiger-Claw. It looks bad
until Shang-Chi uses a broken umbrella pole to snag Tiger-Claw’s
poisoned-claw gloves and pull them off. In a fair fight, Shang-Chi beats
Tiger-Claw.

Hackstabber asks Smith for his $7.80. Smith tells him to “file a
proper claim with the authorities.” Hackstabber replies: “Well that’s a
fine how do you! And it’s also a criminal outrage! Why I never heard of
such a thing! Harumph, sir—harumph, I say! And furthermore, you’ll hear
from my lawyers in the morning. … oh, and by the way—is that your
final offer?” Shang-Chi takes Smith aside, while Tarr snaps
Hackstabber’s cigar in two, and receives a few bills. Hackstabber gives
Shang-Chi a ride home to Smith’s townhouse. When Shang-Chi arrives, he
gives Hackstabber his “fare”: $7.80. 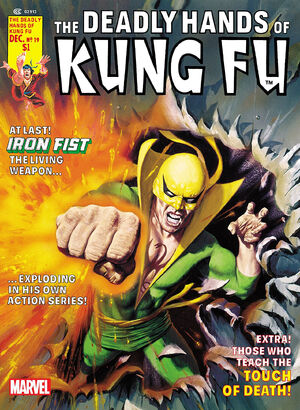 Abe is gone, and so the three become two, and those two cannot find any common
ground. Lotus tells them that she loves both of them, and leaves into
the night as well, while Bob continues to throw racial slurs and vitriol
at the last friend he has. His words finally ignite a fire within Lin
Sun, and the two men lash out at one another in rage…

Lin tries at first to bring his brother to his senses, but Bob isn’t
listening. Lin tells him that Lotus isn’t a possession, nor is she a
prize, but Bob continues attacking. Their battle continues into the
night, with neither listening to anything the other has to say.

Lin overcomes Bob, and is very nearly ready to strike a killing blow
against him, a blow that Bob seems to welcome. Ripping away Bob’s
medallion and his own, he throws them aside, and both men realize that
the dream that was the Sons seems to finally be over. But what about the
amulets?

Young Hector Ayala finds them, puts them on, and is transformed into the mystical White Tiger! 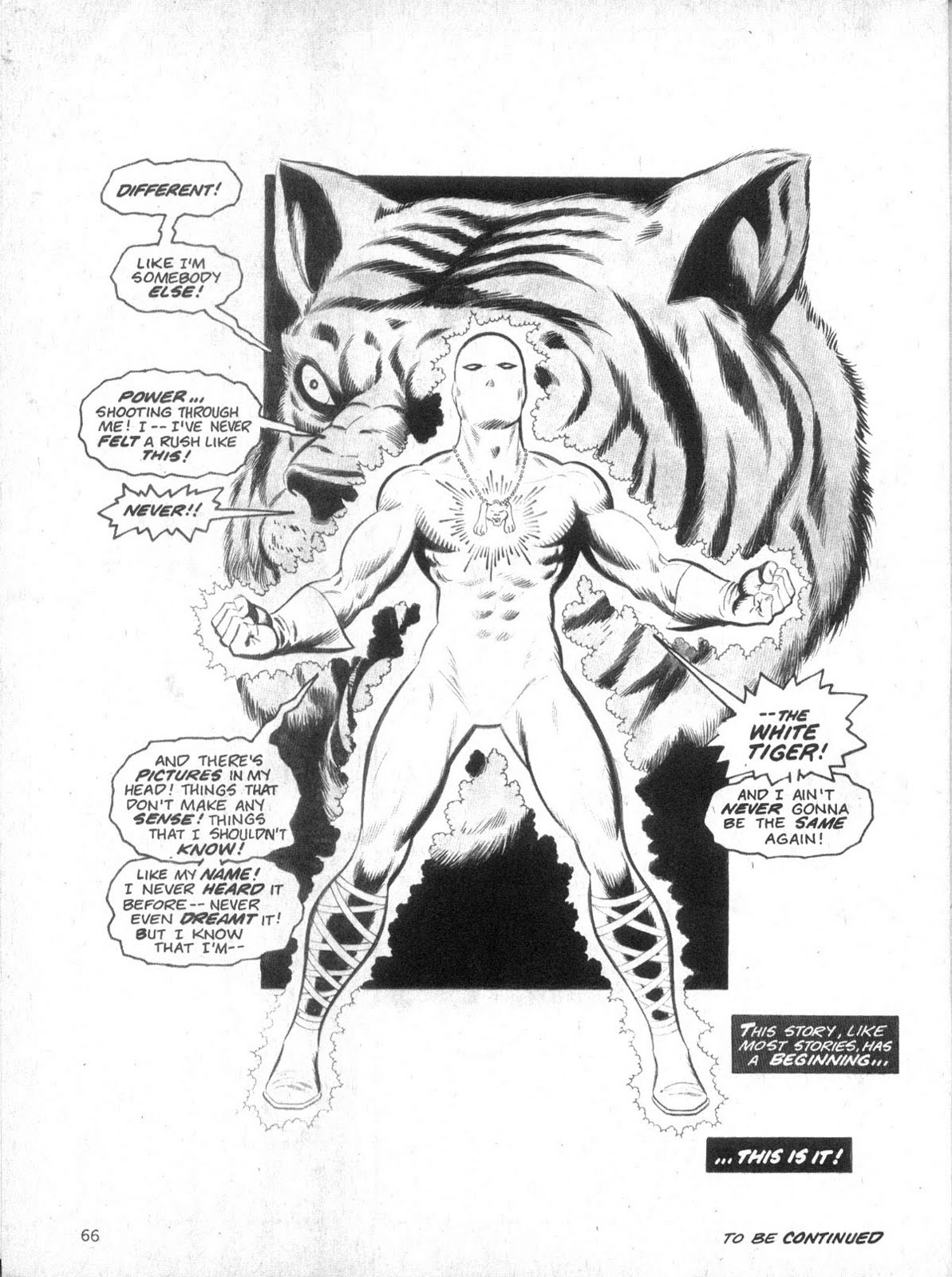 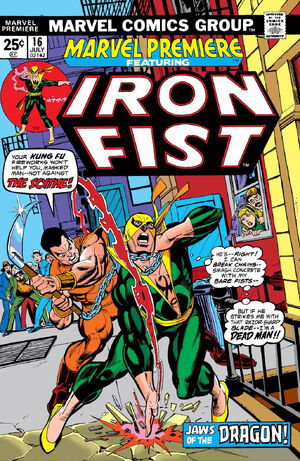 Having traveled to New York, Iron Fist finds himself attacked by a
bunch of street thugs. After fighting off the first round, he reflects
back on his training in K’un-Lun where as a boy he thirsted for revenge
on the man who killed his family and was allowed martial arts training
under the tutelage of Lei-Kung. Finishing off the last of the thugs,
Iron Fist then recalls the events that led to the gaining of his
Iron-Fist powers, how he was allowed by Yu-Ti to battle Shou-Lao the
Undying. He would defeat the dragon, and in the course of the battle
have the dragon shaped tattoo burned on his chest. After defeating
Shou-Lao he would plunge his hands into the brazier containing the
dragons immortal heart and it would charge him with the power of the
Iron Fist.

Iron Fist is snapped out of his recollection with the arrival of
Scythe a mercenary who uses the weapon of his namesake, who informs Iron
Fist that there is a 10 million dollar bounty on his head. As the two
fight, Iron Fist recalls how he bested Shu-Hu and was allowed the choice
of gaining immortality from the Tree of Immortality. However, Iron Fist
declines this offer, opting instead to be allowed to leave K’un-Lun to
get revenge on his parents killer, Harold Meachum.

Iron Fists finishes his recollection and easily defeats Scythe,
using his iron-fist attack to destroy his weapon. With Scythe cowering
and begging mercy, Iron Fist demands to know who put the bounty on his
head, and Scythe informs him that it was sent out by the owner of the
Meachum building.